Okay. So this is Tax Tips for Dentists and I am Jessica Chisholm, CPA here at Huddleston Tax CPAs. 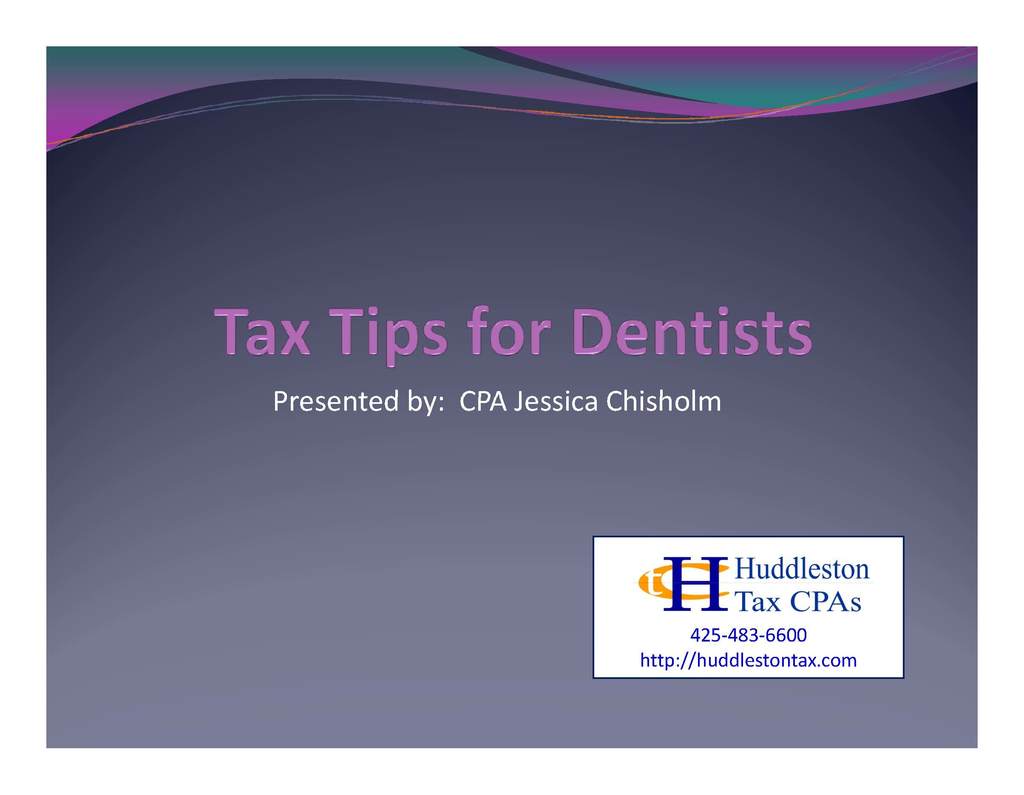 So the things I'm going to go over today are entity selection, the auto deduction, home office deduction, dental equipment, buying versus leasing, which is best for tax purposes, hiring family members, deferring payroll taxes on owners and then just some other miscellaneous deductions to remember. 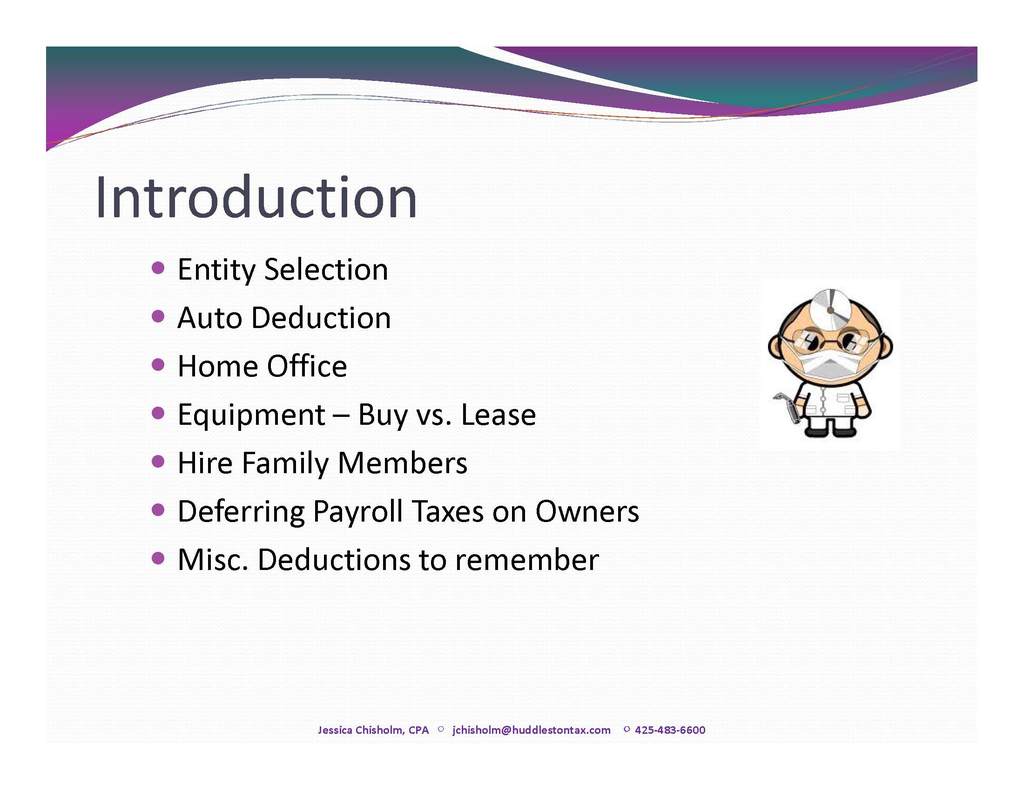 So first with the business entity selection. When it comes to selecting the best entity for your business. There are several different choices. The different entity choices you have are sole proprietorship, LLC, partnership, C-Corporation and the S-Corporation. 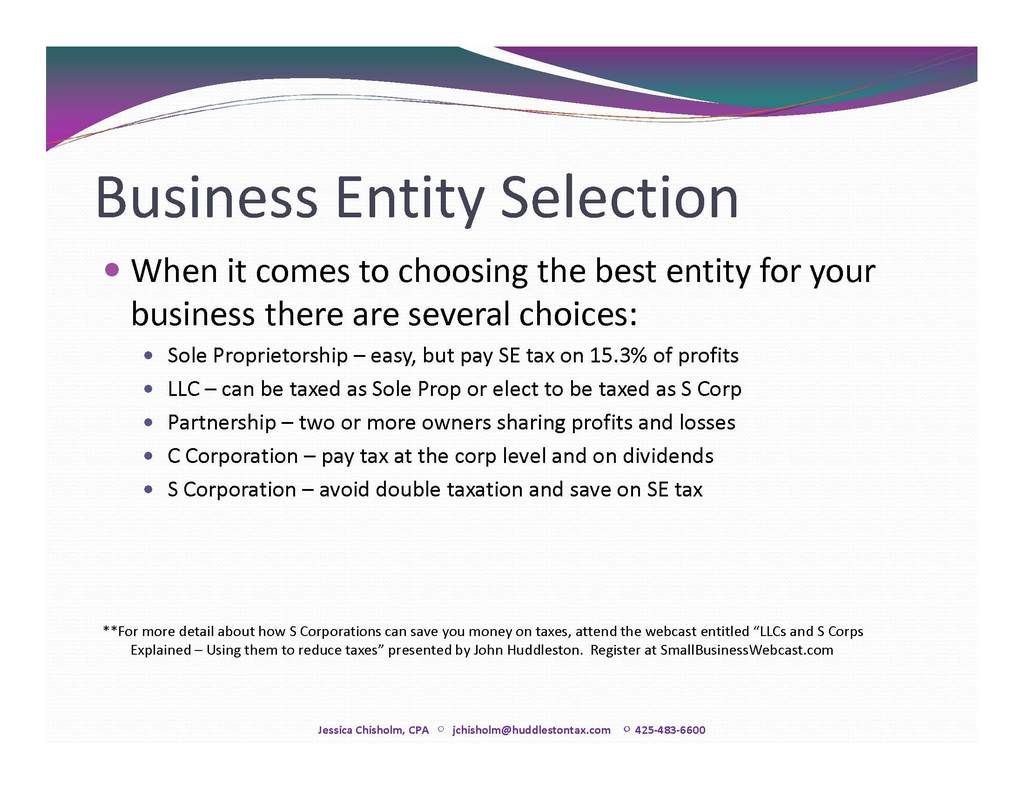 If you're a partnership, there's two or more owners sharing in the profits and losses and you would report your income on the partnership Form 1055 and again, in the partnership income flows through on your personal tax return, K1, so there's no tax paid at the partnership level. But all of that flow through income when you're a general partner is subject to a self-employment tax as well.

And then there's the S-Corporation. It avoids the double taxation of the C-Corporation because it's also like a partnership of flow through entity so there's no tax on the S-Corporation. All the income flows through into your personal Form 1040 using a K1 and you're taxed on the personal level.

There also is a way to save on the self-employment tax with the S-Corporation. So when you become an S-Corporation the IRS requires you to pay yourself a reasonable wage out of the corporation when you're an owner. So, for example, a way to think about what a reasonable wage would be is what you would need to pay someone to replace yourself in the business. So, if you're a dentist and you have a dental practice, you would need to pay yourself a wage that would be reasonable to pay another dentist to work at your practice.

So you have to think about at what point the S-Corporation makes more sense for you. But for more details on how S-Corporations can save you money on taxes John Huddleston, another CPA here, has a webcast called LLCs and S Corps Explained: Using Them to Reduce Taxes, so if you have any questions on entity selection that's a really good webcast to check out because he goes into it in a lot of detail.